How do we learn languages? A question that I have been asking myself for many years now. And I am always excited to find new aspects. A while ago I read an article on social learning which made me think again. My new question is: Is there anything else but social learning? And how is that related to learning a language, especially a foreign language?

Social Learning is a natural process

A baby learns a lot without the help of others: It trains it's muscles and movements without watching others do so: holding its head, turning over.... but does it watch us sitting, standing or walking? It ist possible.

I remember my daughter - an only child - at the age of about 9 months. She never sees anyone crawl at home and in playgroup all the other children are sitting or still lying. Only one boy has already gotten up on his feet and is now taking his first steps. My daughter is fascinated by him and about a month later she is already walking. She never crawled before. But once she was too tall to walk under the table, she went down on her knees and crawled through in order to take a short-cut.

And what about learning languages? On the one hand the vocal chords and ears develop by themselves and babies actively try out their voices. However, an unborn child of about 5 months already can hear its mother's voice and starts learning its mother tongue.

Toddlers even watch the lips of others and copy them. According to Alfred Tomatis the hearing organs already develop before birth. And we cannot pronounce what we cannot hear. There are many cases of children growing up alone in the woods not being able to speak. Similarly the hearing impaired have difficulties in learning to speak, even though they might learn it to a certain extent.

Do I need to point out that we all learn our mother tongue in communication with the people around us? And we never memorized vocabulary or studied the rules of grammar. It just worked out with a lot of practice and while making one or the other mistake.

And one day we start school. As soon as we have learnt to read, we start learning from books and texts. Those who make mistakes and have difficulties will be punished - and sometimes gets special help. Reading and writing are the most important abilities of modern man. Using texts and books we can learn without another person around us. However, we are still learning from the author, therefore indirectly still in a social context, which has been extended to all the people writing in our native language.

As texts can also be translated (as this one is from the original in German) we could learn from any other person on Earth. Knowledge that found its way into books stays available for centuries! Before the invention of writing, this knowledge had been passed on orally, it was often recited and thererfore learnt by heart. It still was relevant to the people's lives.

At school we learn to read, to write and to calculate. Then we start analyzing our native language and describe it with rules. However, when communicating in every day life, we hardly think of these rules. And we decover mathematics as the language of numbers. Especially in Grammar (!) School (the English term for High School) this becomes more and more distant from what we experience in our own lives.

In the meantime foreign languages are already taught in primary school (at least in Germany). Some schools even start in grade 1 or 2. In that case these classes are of a playful nature. However, in order not to disturb the process of mastering German orthography, writing in English for example will not start before grade 3.

Higher education starts from grade 5 in Germany and from that year onward play is banished from school. Suddenly learning a foreign language is all about vocabulary and grammar. The teacher rarely is a native speaker and during his training he had to prove that he has mastered these aspects of the language and can explain them.

Nowadays the students mostly hear only their own teacher speak or read that language. The social environment in which that language is alive is limited to the class room. In the olden days this could only be remedied by travelling to that country. That language did not touch every day life. But then the era of radio, TV, cinema and the internet came. Nowadays we can teach foreign languages through these media almost like we learnt our native language.

However, teachers still insist on grammar and vocabulary as these generate "objectively measurable" data. Students may demonstrate that they understand written texts, and spoken language in listening exercises, speaking the language itself, however, is still not that important. This means, the aspect of social learning for foreign languages is still not considered as important.

Social learning at school mainly takes a negative form: students are punished for making mistakes, everybody wants to make sure he or she is perfect. We have forgotten that when learning to walk or to ride a bike, we made mistakes. We fell down and got some bruises. But we got up again and kept practicing until we could do it.

Gateway to Language Learning's concept of teaching is a kind of social learning: There are audios to be listend to, dekodierted material to learn vocabulary in context and to intuitively understand grammar. There is also a way to train passive hearing with an electronic device, just like the ear of the unborn was calibrated to hear its native language.

For more information on our courses, please contact me.

In June 2016 Gateway to Language Learning started a programme in cooperation with ISONO International... 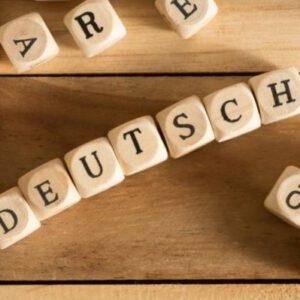 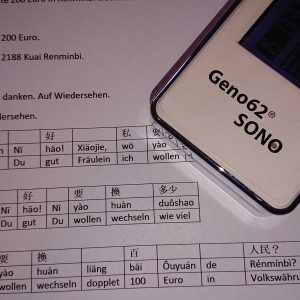 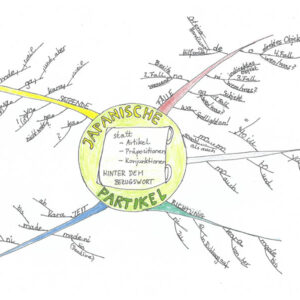 It's been years since I got to know Tony Buzan's Mindmapping technology. Then I discovered...